You Are Here: Home » News and Articles » Theories and Opinion » Everybody Lies. Trust Nobody and Nothing But Yourself and Your Gut

Everybody Lies. Trust Nobody and Nothing But Yourself and Your Gut 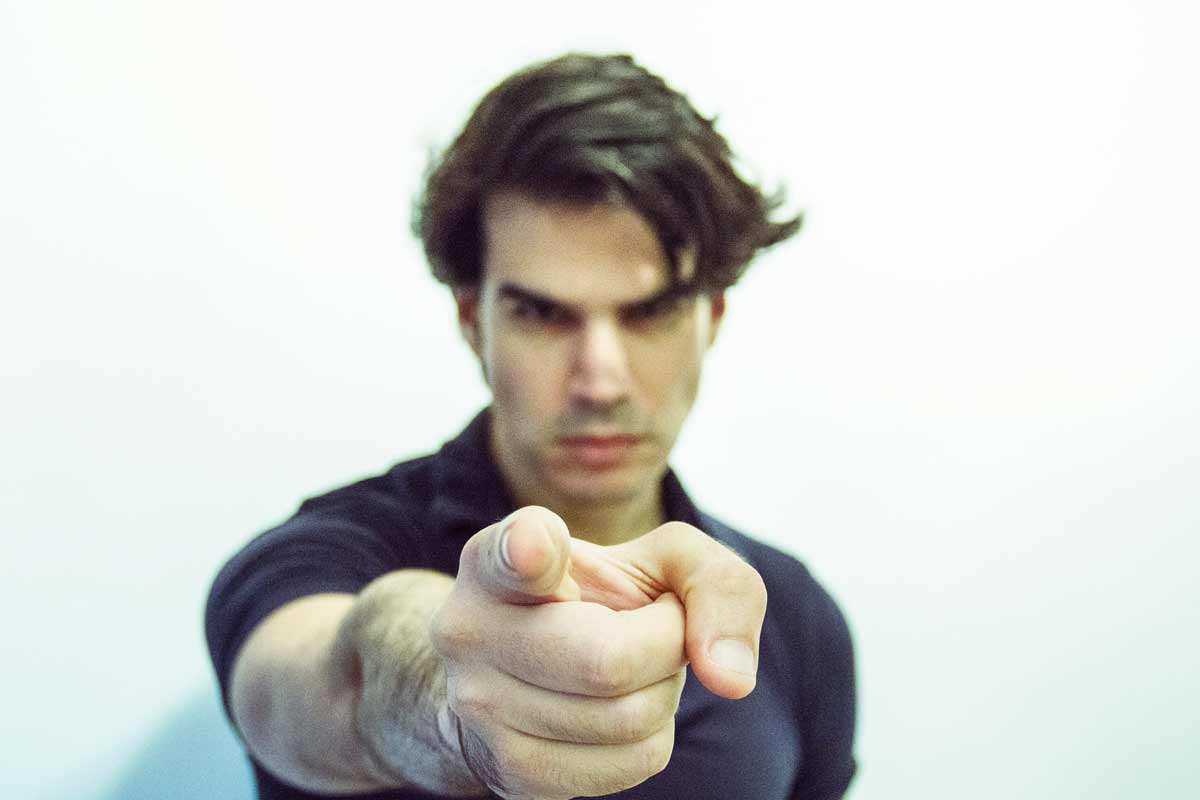 That, for those who do not know, is where the population of the UK get’s to vote on who they want to run their government.

But there’s a disease within this country right now, and almost everyone seems to be catching it. It has no specific name, but its symptoms are: Nastiness, Bitterness, Hatred, Finger-pointing, Memory Loss, Ignorance and Intolerance.

It seems this is a kind of war. You are expected to take a side. If you don’t clearly state that side, one is assumed on your behalf. And once you are associated with that ‘side’, then you are also assumed to believe in all of that sides’ actions and decisions.

To many people in the UK right now you are either Blue or Red. And the hatred between the two factions is palpable.

It’s like we’ve all reverted to the playground and it’s becoming a case of “I’m rubber, you’re glue…” all over again, only with more swear words.

Few people seem to realise that when you point your finger at someone else, there are 3 pointing back at you.

Nothing is ever truly black and white. Or Blue and Red.

I don’t associate myself with any of the political parties in the UK right now, because none of them fully aligns with how I feel.

In fact, I think the whole system of how we decide our governments is utterly flawed.

I have never understood why we do what we do.

Why exactly do we have these ‘parties’? And why are they so opposed? Why do we vote in these parties, lead by one person who then get’s to choose their cabinet members that will be in charge of each government department?

I believe it’s US who should choose the heads of each departments.

These roles should NOT be handled by career politicians.

Maybe it should be more like jury duty. If you have the skills and knowledge, then at some point you are called up to do your civic duty and serve in a government role to aid the progression of that field.

I don’t know, I don’t have all the answers.

Something we have learned in the past few years in the UK during the ‘Brexit’ saga, is that many politicians (MP’s) have forgotten that they are elected to be representatives of the public.

They are OUR voice in parliament. Instead, many choose to act based on THEIR motives.

It’s Never Going to Be Perfect

I feel sorry for the people who get so emotionally caught up in moments like this that they lack foresight.

I’m sorry to disappoint you, but no matter what you hope for from this election, it’s not going to bring Rainbows and pots of Gold for everyone.

We can’t make Britain a Utopia, it doesn’t exist. Especially not with such a cosmopolitan blend of people totalling north of 65 million in one small group of Islands.

Religious beliefs clash. Lifestyles clash. Opinions on types of bread clash. So how we ever expect to find an answer that works for everyone is beyond me.

I’ve lived through (I think) 6 different Prime Ministers, with both Red and Blue (and a splash of Yellow) governments. Something I’ve learned is that most of the problems that existed before, will exist after. And if we manage to fix one issue, it just causes problems somewhere else.

So I guess what I’m trying to say in the end is that all the media you’re investing your energy to form your opinion, is pointless.

Do You Think Your Politician Is Telling The Truth?

All the anger towards each other on social media, the sniping and the name-calling is utterly disgusting. I actually don’t know how so many people are able to behave like this and then still get on with their friends, relatives, colleagues etc. It’s more evidence while there will never be world peace.

Maybe I’ve gained more perspective with age, but I can’t even remember being so aggressively narrow-minded as some of the comments I read on social media right now.

If people want to behave like this, maybe the best answer is that we divide the nation completely. Blue team on one side, Red team on the other.

That way, it might show if one way of living actually does work better?

In the end anyone reading this will probably still tick the box that they’ve been brainwashed into believing is going to make this country perfect for them.

I’ll just hope for the best (but plan for the worst).

PrevPreviousHere’s why World Peace will never happen
NextPredictions for the New Decade – Part 1: The Rise of NudityNext