I’d never previously believed that the act of forgiving someone for things they’ve done to you could actually make you feel better. That was, until I actually did it myself. I decided to head into 2022 with a completely clean slate and forgive one of my ex-girlfriends for the horrible things they did to me. And it has changed everything. I really feel renewed.

Forgiveness Is Just A Word

It doesn’t make sense really. It’s just a word. Or a sentence, when you state “I forgive you“. But somehow it actually makes things better.

Have you ever heard about ‘Phantom Limb Syndrome‘. It’s where a person who has lost a limb believes they can still feel the limb, even though it’s not there any more. And one way of reducing the effects of this can be to use mirrors to visualise the limb by creating it in the reflection of the remaining arm or leg. Sometimes, by pretending to tense-and-release the muscles that used to be there, it can help with the mental stresses and begin to help the brain realise that there is no limb any more.

That’s basically how I believe that saying the words, or writing them down in my case, has changed my outlook on life. I’ve openly forgiven someone that did horrible things to me, and in that act I’ve released them in my mind so that I can get on with my life.

An Apology Would Still Go A Long Way

That being said (or again, written down), I would still appreciate that person actually apologising. But it’s no longer something I ever expect or imagine will happen. Much like a lottery win. It’s nice to imagine how good it would feel if it happened, but the chances are in the millions so there’s no point worrying about it.

The other aspect is that I’ll probably never know the truth now. Which already was the case, but before I had a purpose and energy that was driving me forwards to try and find the answers. Now, I just don’t care any more. Whatever her reasons for the games she played with my life, that led to the events that are now in the past… that’s for her to deal with.

I’m free from this point on to figure out what I do with the time I have remaining.

And I think I have an idea…

Buy me a coffee (or water)
Gift Me (Amazon Wishlist) 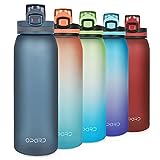 "If you're going through hell, keep going"

This website uses Google Analytics to collect anonymous information such as the number of visitors to the site, and the most popular pages.