You Are Here: Home » News and Articles » Relationships » The Tale of The Nurse That Was Cursed.

The Tale of The Nurse That Was Cursed. 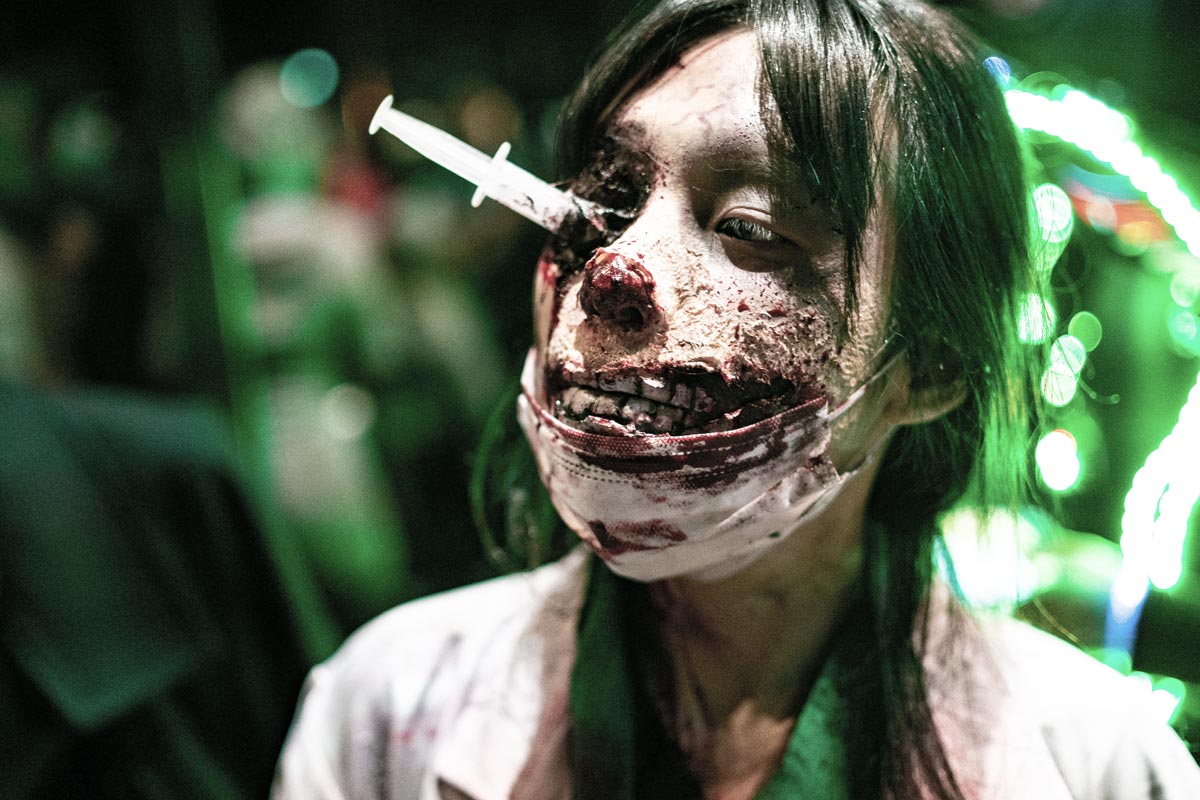 Chapter One: A long, long time ago…

It’s time for another trip down memory lane. This time I’d like to leap back 10 years to the start of the last decade. That’s right all you maths geniuses – 2010 (this article was written in 2020). A time when I learnt what someone cursed and hounded by their Demons looks like.

It was a bad time in the history of Britain. Winter lasted for an entire 12 months and not one exciting happened throughout the whole year. Well, when I say ‘nothing exciting’ – I mean in the general sense. Because it was a roller-coaster of a year for me.

Having turned 30 around that period, I’d made myself undergo some changes. I overhauled my life. From learning to drive (yes, that’s right – at 30, as I’d ridden motorcycles for the 13 years previous) to having surgery on something I’d had an issue with for many years. I was facing all my demons and winning.

So next on the agenda was to trying dating and relationships again. I’d had a couple of flings in the previous years, mostly with colleagues, but I wanted to get out of that habit. It’s risky business dating someone you work with. Even riskier sleeping with them, especially if they’ve got a boyfriend.

Anyway. There I went, joining dating apps like it was going out of fashion. I won’t name them, you probably know them all already. I got a few conversations going, got a few dates lined up. But cancelled most, because even before I got there, there was no spark at all.

Chapter Two: The stars aligned in a most mysterious, uncanny way that night.

I start chatting to a woman, and the conversation is going well. The discussion on where each of us is from comes up. I name the town I live in – she asks specifically where. Now for most people I would suggest never stating this to someone you’ve just started talking to. But I did, so there.

The next minute, she tells me she used to live on my street. She starts to name particular places and it’s all seeming plausible.

And it all turns out be genuine. She used to live 3 doors down from me, for a few months. I moved in, then shortly after, she moved out. So we never really had a chance to meet. Which was probably a good thing, as at that time she was engaged and living with her partner and their son.

That connection triggered her next motivation. She tells me she’s “coming over”. Errrr… what now? Okay then. I’d never been one for impromptu meetings, let alone someone just inviting themselves to my house.

She arrives, we pour a couple of drinks and talk. Within moments she says she’ll stay the night, but no sex. I agree, that’s fine. I don’t even know anything about her.

Our agreement didn’t last long. I’ll spare you the intimate details of what happened next, but safe to say one thing… That was by far the wildest, most incredible night of my life.

The next morning, as we gathered our thoughts and clothes, one of the first things she said to me was “My Gran died yesterday”.

To say I was lost for words is an understatement. How do you respond to something like that after a night of serious passion?

Chapter Four: What is this thing?

The following weeks and months were a blur of random hook-ups, tentative steps towards a relationship, and then cooling off.

If you’re over 25-ish and had enough relationships of your own, you’ll probably know the situation. One minute you’re both heading in the same direction. Then one, or both of you, changes your mind. Rinse and repeat until totally confused.

I would get drunken requests for late night sex, then get ignored for weeks on end. And this is where it all started to make sense. Many of the times I had been with her, there was alcohol involved.

On one of the rare occasions we actually managed to talk instead of you-know-what, she let it all spill out. The whole tragic story, involving ex’s, alcohol, lost love and anger.

On the surface this person was an accomplished woman, mother and professional nurse, but inside she was battling some serious enemies.

Her job involved dealing with people who used drugs and alcohol, but she admitted to me she was an alcoholic too. I’m not trained, skilled or even experienced in these matters – but it seems to me that’s never going to work. Fires don’t put out fires.

Realising that she was cursed and fighting Demons made everything clear for me. Until she won this war within herself, it was never going to be possible to have a relationship.

Simple conversations could quickly turn from good to bad when she’d been drinking. Just one simple word could be enough to trigger something she wanted to argument over.

Chapter Six: Words started this. They’ll end it too.

By the time I’d met ‘The Nurse’, I was experienced and knowledgeable about relationships in a way that I wasn’t back when I met the woman from ‘The Tale of the Man Who Never Knew The Truth’. I was stronger and able to walk away from things that I knew weren’t right, without it hurting.

As we put more space between us, conversations became harder and eventually all it took was one gut-punching sentence to bring the whole thing crashing to a halt. It was me that delivered it. It had to be done.

You see, I’ve had my own Demons in life. But I studied them, analysed them. Found their weaknesses and eventually destroyed them. I wanted her to see that she had to do the same. So I delivered a missile filled with the absolute truth straight to her phone.

It hurt her. I know this for a fact. And for that I’ll be forever sorry. But I live in hope that it helped her fight to overcome a curse that was ruining someone truly special.